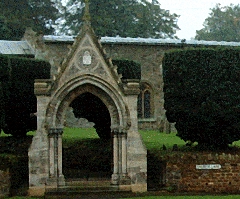 Don’t forget to check our Events Diary for more information on events in all our villages and surrounding area.

There were two celebration days here at Cold Ashby to mark the Queen’s jubilee. The first was on Friday 3rd June where our Platinum Generation residents and friends of the village were treated to a traditional afternoon tea by the Village Hall Trustees. It was a memorable occasion, and the guests all had a lovely afternoon where they were waited on and treated like royalty. Special thanks goes to the Village Hall Trustees who organised the event and to Carole Oliver, Julie Webb, Fiona and Alex Taylor, Michael and Joanne Park, Ruth Sleigh and Dave and Eleanor Harris for their help in making it such a special event.

Like many others, our second celebration on Sunday 5th June had to have a last-minute change of venue due to the inclement weather so instead of our planned outdoor event we held our family fun day picnic inside the village hall. The weather didn’t deter everyone’s enthusiasm for having a great time celebrating as a community. Special thanks to Alex and Fiona Taylor for organising the event and to the village hall trustees for stepping in at the last minute. Our generous Parish Council ensured that no-one went thirsty by paying for everyone’s drinks and on behalf of the village we would like to thank them for their kind generosity.

This Spring, Cold Ashby lost two of its well-known and well-loved residents: Bob Gammage and Phil Bott. Both were keen skittles players and so a charity evening in their memory has been organised

and will take place on Saturday 20th August at 8pm at Cold Ashby Village Hall. There will be a skittles match, which is £2 pp to enter and each team will compete to win The ‘Bob and Phil memorial cup’ There will also be a raffle and all proceeds made on the evening will go to Alzheimer’s Research and Prostate Cancer. Everyone is welcome to join us…there’s no need to prebook.

The Merry Comrades Circle was a children’s charity set up in conjunction with the local newspaper The Mercury and Herald to raise funds for the benefit of patients in local Northamptonshire hospitals. There were branches throughout Northamptonshire and Cold Ashby had a particularly active branch between the 1950’s and mid 1980’s. Each year in the village they held a traditional May Day, where one of the village boys and girls was crowned May King and May Queen. All of the other children in the village dressed in their best clothes and paraded around the village stopping off at certain points to dance around the Maypole. To reward them for all this hard work the children were treated to a special May Day tea in the village hall and entertainment was provided afterwards in the form of traditional games. It has been nearly forty years since the last May Day, so it was decided it was high time for a reunion with an opportunity to experience the traditional May Day tea and dance once again round the Maypole.

Over 40 ex Merry Comrades and their families attended and had a fabulous afternoon reminiscing about past days, swapping stories and looking after the old photos. The highlight of the afternoon was being able to dance round the Maypole to the old traditional songs and tunes we loved.

Special thanks goes to Margaret Harris who lovingly restored the Maypole to its former glory and to Julie Webb, Carole Oliver and Barbara Crew-gee for their help in preparing and serving the special May Day tea.

Scope of the survey - to identify wishes of Cold Ashby residents about what they want to happen with/at The Black Horse. Other public campaigns and engagements will also be analysed and integrated into the results and conclusion of this survey. Population and number of households in Cold Ashby are based on 2011 census and Cold Ashby Housing Needs Survey Report, July 2012.

Methodology - over 100 survey forms had been distributed in Cold Ashby, residents were asked to mark what they want to happen with/at The Black Horse and/or make any suggestions, 1 survey form per resident, anonymous and non-anonymous forms had been accepted.

Results of the survey analysis:

Post office - 6 yes, which equals to 6% of all responses

Afterschool club - 2 yes, which equals to 2% of all responses

Nursery - 1 yes, which equals to 1% of all responses

Cinema - 1 yes, which equals to 1% of all responses

Anything else specific - Do: residential, follow your heart, tidy building, publicised activities, village life approach, welcoming environment, a good and resonating landlord, we wish you good luck with your endeavours with the Black Horse, we wish you every success in running a business from the Black Horse whatever you decide to do, exterior of the pub improved, improved exterior to be an asset to the village / Do Not: noisy extractor, smell of burgers, extra parking, a night club or a night bar, a bank - 29, which equals to 28% of all responses.

* 1 survey form has been disqualified due to the breach of terms and conditions of the survey.

Save The Black Horse Online Campaign on Change.Org analysis:

It is reasonable to argue that around 13% (36 residents) of Cold Ashby population is actively interested about what is happening with/at The Black Horse. 13% population support is not sufficient to have The Black Horse Public House as a viable enterprise, whether it is just wet led pub or any other types of hospitality set ups. It could be argued that the possible solution could be for The Black Horse to become a destination pub, which will require the following measures taken - 1. 50 k investment into creation of kitchen facility and other redevelopment measures

AEP UK LTD is fundraising 250,000£ towards its property portfolio redevelopment requirements. In return AEP UK LTD is ready to pay 5% interest per annum, fixed for 3 years, and provide 1st charge on the plot of land and property known as The Black Horse, Cold Ashby as a collateral. Buyout clause can also be discussed/negotiated. All questions and negotiations should be addressed to Paul Kuznecovs on paul@balticlink.co.uk or on 07939597604.

Local news from the Northamptonshire villages of Cold Ashby,