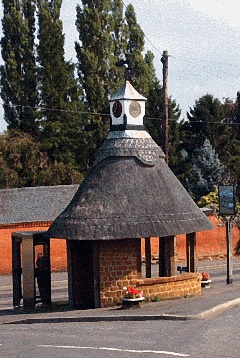 Don’t forget to check our Events Diary for more information on events in all our villages and surrounding area.

West Northamptonshire Council (WNC) has announced that the construction and infrastructure company Kier will be its preferred contractor to deliver a new highways service with increased investment this autumn.  Any problems with roads or footpaths can be reported via the online service ‘Fix My Street’ (previously known as Street Doctor). https://fixmystreet.northamptonshire.gov.uk/

If you report a problem via this service please consider copying this information to the Clerk so that the Parish Council can be made aware of the issue and monitor progress.

A recent example of this co-operation is reflected in the repairs to styles and gates on the footpaths leading from the Hollowell Village Hall car park up to the cross roads which were reported by Hollowell residents and required Northants Highways to consult with the land owner to arrange repair. The Parish Council monitored the progress and appraised Northants Highways of the likely increased use of these footpaths during the weekend of Hollowell Steam Rally. The repairs were completed in the week prior to the Rally.

The funeral of long-standing former Hollowell resident Doris "Joan" Rowell took place in June in St James Church.   Joan lived in Hollowell for more than sixty years residing with her husband Len at No 2 Creaton Road.

Joan was born in Cottesbrooke and was one of six children including her twin brother John, Dulcie , Edward and George. She and her siblings stayed very close throughout their lives, living close enough to see each other and going on shared family holidays to the south coast.  Joan met Len at a local dance - he had a car and so he was able to take Joan and her siblings to dances all round about the local area including in Naseby and Thornby. She worked as a typist until she married Len and they began their married life living in an old bus. Their first child, Sue, was born in 1957 and Jayne in 1960. Their son Paul was born with the condition Spina Bifida and sadly he died when he was 11 years old. As well as caring for her family and always being there as mum and wife, always with a meal on the table at the end of the day – Joan was very involved in the life of the village in Hollowell.

She went to church and Sue and Jayne sang in the choir. Joan cleaned the church and would often sing hymns while she was doing it. Joan would do anything for anyone and looked after her neighbours when they were in need; she was a friend to everyone and she was very involved in village events like Bring and Buy sales and the Village Fête. Towards the end of her life Joan eventually went to live with her daughter Sue in Long Buckby. In spite of being physically frail she was on the ball right to the end. She was very proud of her grandchildren Lucy and James, her great grandchildren Billy, Ryan and Jordan and her great great grandchildren Mason and Liam.  She will be so much missed by all her family and it’s a loss for this village too, as one of its oldest residents goes to her eternal rest.

We all had a splendid time at the Jubilee Garden Party in Hollowell.  The drizzle cleared and the sunshine arrived right on cue, as seventy villagers and visitors gathered in the beautiful gardens of Beech House.   Merrick Baker-Bates proposed the toast and regaled the crowd with stories of the Queen, the band played the National Anthem and the Shuter team demonstrated their excellent royal and general knowledge to win the Jubilee Quiz mug.  Many thanks to Diana for hosting so generously and to all the cooks and volunteers for providing a delicious feast.  The Platinum Puddings were amazing!

In mid-June fifteen ewes and 22 lambs were stolen from a field off Church Hill in Hollowell at the back of the Village Hall. It is thought the theft took place between Wednesday 15th and Thursday 16th June and it is likely that a livestock trailer or some similar vehicle would have been used. If you saw anything suspicious please contact the police using the Crime Reference: 22000347459

The winners of the Village Hall Lotto are:

Our Lotto organiser apologises for the late delivery of some winnings last month.  She has damaged her knee in training for the Berlin marathon.  She will get to everyone as soon as she can, or you can help her by knocking on the door of 9 Church Hill.

The ever popular Village Hall Breakfast is coming up on Saturday 10th September 9.30am to 12 noon.  We hope to see you there.  And please save the date for our Harvest Supper “with a twist” on Saturday 15th October. Book early to avoid disappointment.

Hollowell Village Hall is available for private hire and is ideally suited for parties, family events and meetings.  It holds up to 100 people (60 for seated dining).  Please contact our Booking Clerk Emily Curtis for details 01604 740796.

From September Hopewell Coffee Mornings will continue to take place on the fourth Friday of each month in Hollowell Village Hall.  It has been great to see so many people coming along.  Why not join us for a cuppa, a piece of delicious homemade cake and a catch-up with fellow visitors 10am to 12 noon.  The next Friday dates will be:

(NOTE: THERE WILL BE NO COFFEE MORNING IN AUGUST)

The Peregrine Falcon would appear to be one of Britain’s conservation success stories. Under threat of extinction as a breeding species in the 1960s due to the insidious effects of organochlorine pesticides and because of persecution by man, the Peregrine Falcon is now widespread and increasing in many parts of the country.

It is in urban areas where, in my experience, the population growth has been most noticeable. I often see them from my work desk in Watford town centre, where a bird habitually perches across the street on a high ledge of the Holiday Inn hotel. I have several times been distracted during meetings by the spectacular sight of them hunting feral pigeons among the tall buildings around my place of work.

Closer to home, Peregrines can now be seen across Northamptonshire; and in recent years they have started to increasingly favour the churches in the towns and villages along the Nene Valley, with 4-5 pairs recently breeding successfully in these locations. Local enthusiasts have in some instances worked together with members of the clergy and their staff to enhance the breeding habitat in ways that also protect the buildings, for example by providing nesting platforms.

This morning I saw a Peregrine for the first time on the spire of the church of St Etheldreda, Guilsborough. I believe it was using this as a perch, rather than a nesting site. With its commanding 360 degree view, this would have provided a perfect vantage point.

Peregrines feed mostly on medium-sized birds including gulls and pigeons – I have often seen them marauding through the winter gull roost at Hollowell Reservoir. Possessing supreme aerial prowess and unparalleled vision (their eyeballs weigh as much as a human’s) they are of course often quoted as being the fastest living creature on our planet. Between hunting forays, however, they often remain stationary for long periods of time – so it’s worth keeping your eyes peeled as you pass by one of our beautiful parish churches – that grey, hunched object up on the spire might not be a gargoyle!

Feel free to contact me at joncooknorthantsbirds@gmail.com or see my website joncookbirding.wordpress.com for more about my work as county bird recorder.

On the evening of Thursday 9th July Hollowell & Teeton residents where shocked to receive an alert from a local driver that there was a huge fire on the Teeton to Guilsborough Road at the lay-by near Pastures Farm. Three hundred and fifty tonnes of elephant grass bales were ablaze creating an intense fire which could be seen in many of the surround villages.  Elephant grass is a crop usually used in the UK in the process of low-carbon electricity generation and the bales were awaiting transfer to the plant.  Residents were advised to keep their doors and windows closed.  Four fire appliances and a water bowser were sent to the scene and the road remained closed with damping down continuing well into the following day.  Wholehearted thanks to our brilliant local fire crews.

Thank you to Hazel Rose who took this amazing photograph of the June "supermoon".  It was a stunning sight.  A supermoon is a full moon that occurs when the moon comes closest to the Earth in its orbit. It appears larger and brighter because of its proximity to the Earth.

As part of the Northants Open Studios event, local artist Charles Kitchen of Hollowell is opening his studio to visitors on two weekends in September. Charles is a landscape artist with over 40 years experience primarily working in oils, both in the studio and ‘en plein air’. As well as landscape subjects in the UK, Charles also paints coastal scenes and subjects from abroad.

Local news from the Northamptonshire villages of Cold Ashby,